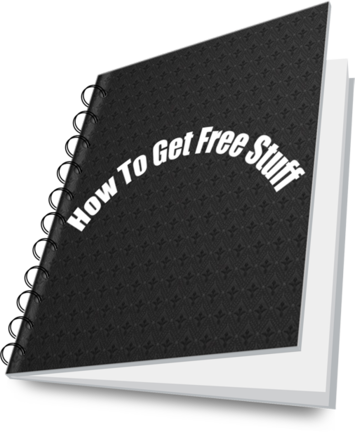 $200 Flat Irons. Free Fast Food. Reduced Cable Bills. These are things that I have either received or have been offered due to several of the “complaint” letters I have written to companies over the years. And these are not letters written in haste or even made up. These are carefully calculated, thought out, pieces of pure poetry from a pissed off consumer. Why do I get what I want? Because these companies have received too many “Prices are too high!”and “Your customer service SUCKS” letters to count, which are usually tossed to the side without a second glance (trust me- I KNOW).  So I give them the finger with a twist- I make it funny. So hilarious, that they are compelled to want to help me out.

I have written about a half-dozen letters, to some pretty well-known companies. CHI gave me a brand new flight iron, after I depicted the plight of the black woman with “kinda good” hair who had lost her best friend ( Chi-Chi), and could not go out into society unless she had straight hair to regain her self-confidence. But my Pièce de résistance was the following letter to Northwest Airlines. May I present to you: “THE BEST LETTER I’VE EVER WRITTEN”…..

To Whom It May Concern:

I find myself in great confusion as I sit in the Miami International Airport, during the 5th hour of my delay for a flight to Detroit, Michigan.  I didn’t even want to take this trip in the first place.

All reports indicated that my 8am flight was on-schedule and would arrive in Detroit on time.  Suddenly, 30 minutes before departure, a NWA representative calmly indicates that a few parts were “missing” from the plane- they were on order and en route, but that the flight would be delayed.  He indicated that the anticipated departure time was 1:30pm.  He said so calmly, you could have sworn he was whispering lullabies to small children.  In any reasonable person’s mind, 6 ½ hours is quite a delay.  No apologies.  Just a suggestion to reschedule at the counter.

Now I’m pretty sure that someone knew before 30 minutes out that this issue was pending.  And it’s probably a good idea that before you uproot a plane from the airplane “pumpkin patch” or wherever they come from, they should have all their parts.  Word on the streets is that sometimes airlines will use this ploy when some fights are not full to fill up other flights and save fuel costs.  Do I know if that is 100% accurate?  Certainly not.  But I’m pretty sure a person dressed up like a NWA flight attendant with the wings pin and a pissed off attitude because they got stuck with the Detroit-to-Cleveland schedule is a reliable source.

So after getting sassy with a unicorn tattoo-wearing “line-cutter”, I reach the NWA “service” counter.  My representative proceeds to tell me that the next non-stop flight out would be at 2:49pm.  I could do a bit of plane hopping to get out earlier, but the last thing I need is to be stuck in Cheboygan, Wisconsin.  It’s bad enough I’m going to Detroit.  I ask if it just makes sense to stay on the rescheduled 1:30 flight.  He then says, “Well….not really.  It’s not even for sure that it will depart on time because they are waiting on the parts”.  6 hours to wait for parts?  What types of parts take that long to arrive that you didn’t realize weren’t there in the first place? Perhaps there was a back order on drink carts that shell out those $5 drinks and snack boxes.  I asked if he was sure, and kept telling me that I needed to get on the 2:45 flight to be assured that I would get out of here today.  So I was rescheduled.

After eating lunch with my $5 “lunch voucher”, I proceeded over to the gate to wait a few more hours.  I saw that they were actually boarding early for the 1:30 flight.  I rushed up to the counter and asked it was leaving on time.  The rep at the counter said that it was leaving on time and that I could hop right on, but of course now they are in a hurry.  This all would have been great- but of course they couldn’t get my bag off the other flight.  And so I reluctantly sat back down to utilize my $7.99 internet access pass and started to write this letter.

Am I upset? Beyond words.  Am I writing this letter because I have a ton of time on my hands? YES.  But I shouldn’t be enjoying my day writing letters to you in the Miami International Airport.  I should be on the ground in beautiful Detroit, Michigan, where it is a balmy 49° and rainy.  Now I understand that you can’t prepare for every plane delay.  They happen everyday.  And I know that you cannot please every upset customer whose travel plans have been ruined.  And I know no one will take personal offense to this, but this situation SUCKS!  We as passengers are at your mercy and I believe that a little bit more could be done than handing me a $5 coupon to go buy half a bagel sandwich for delaying my travel 6 ½ hours!

I hope someone will read this.  Because my fingers hurt from typing on my lap while the lady next to me keeps trying to show me pictures of her cat- and yes, he has on a hat. Travelers already have to deal with long security checks, near-strip searches, no food, paying for luggage to go on the plane- I think customer service efforts should be top notch at all times. Hopefully, someone will have a heart or laugh hard enough to throw me a flight voucher.  In the end, we are at your mercy and you can do what you want- because we have to get where we need to go and you are the only ones who can get us there.  Because I don’t see Aladdin with his magic carpet and those flying cars I was promised when I watched the Jetsons at the tender age of 6 haven’t come yet.